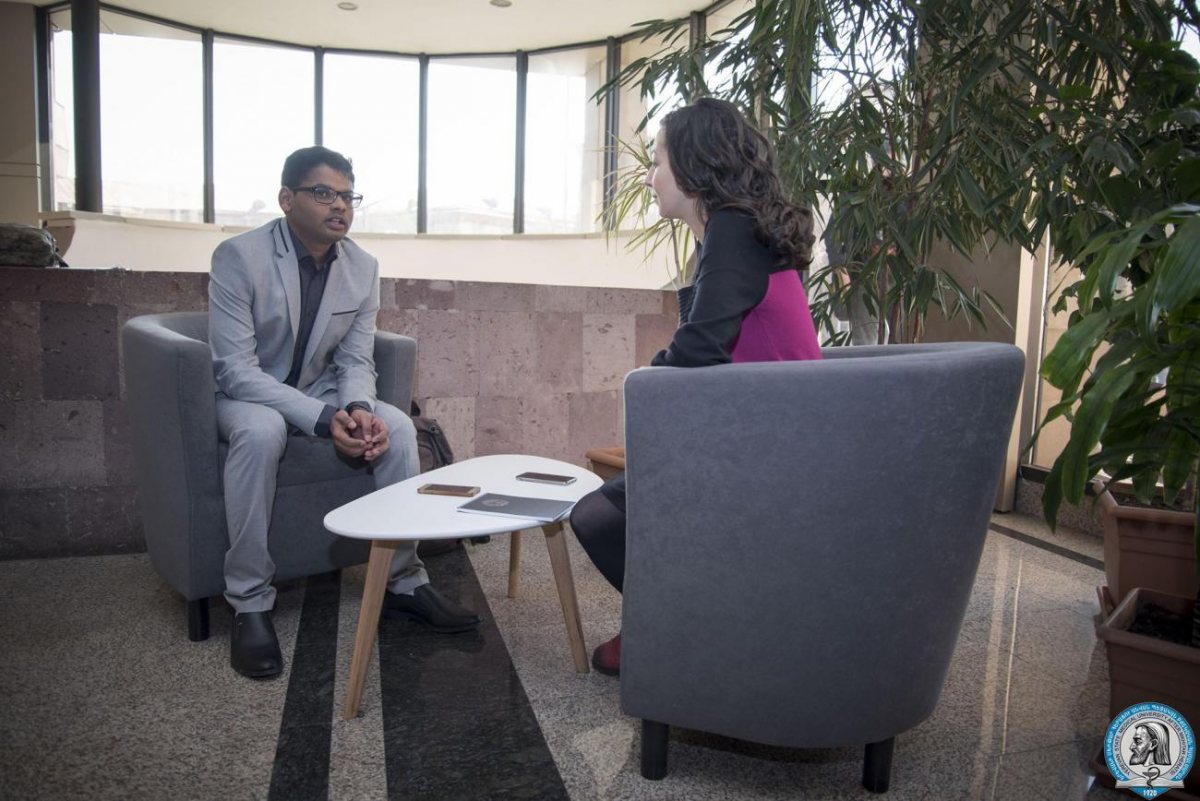 24-year-old Indian student of Yerevan State Medical University Vigneshwer Dulasidaran dreamt of becoming a surgeon before coming to Armenia and entering the university.

So, from the beginning of clinical years 6th year student of Faculty of General Medicine started to follow the surgeries which were going on in the hospitals. “And I also did some night duties. In my 4th year, when I was asking for a permission to do a night duty at Emergency Department of YSMU at “Astghik” medical center, I was referred to Assistant Professor, Doctor Armen Varzhapetyan. Later, in 5th year I had an oncology practice in National Oncological Center. At that time my oncology professor was Mher Kostanyan. Almost all he said, was very interesting. I felt like I should learn more from him”, Vigneshwer told.

During Summer vacation he was initially going to India for practice, but last year he stayed in Yerevan. “And I asked Doctor Kostanyan whether I can help him in doing something in the hospital. He accepted my request, and from August 1, 2017, I started another practice at the National Oncological Center. After 2 or 3 weeks he started to teach me to do sutures. I assisted and did sutures during more than 60 surgeries. Professor Kostanyan encouraged me to become a reconstructive surgeon. But I haven’t decided anything yet”, he said. Professor Kostanyan also helps him with conferences with other doctors of the hospital, as well as outside the university.