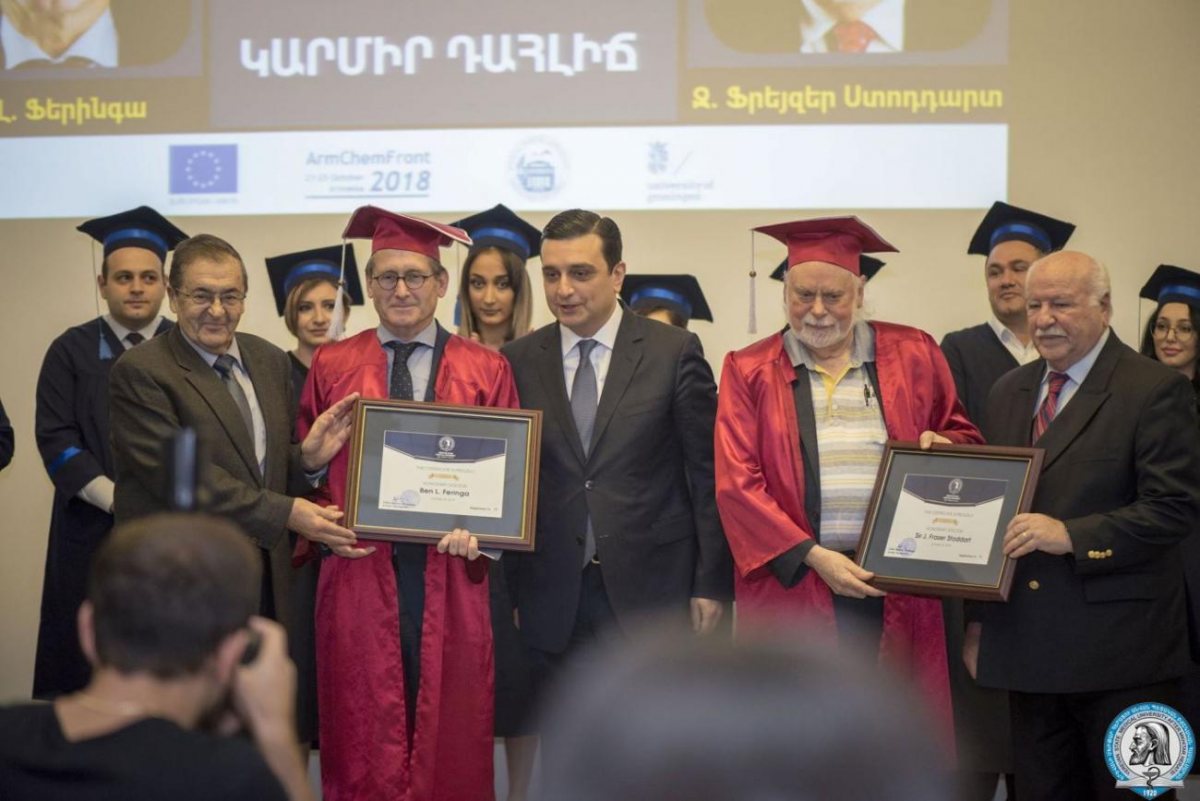 Ben Feringa emphasized the great importance of believing in one’s own strengths among young people, as well as the desire to achieve new success through imagination and diligence.
It should be mentioned that the visit to YSMU became possible thanks to Susanna Harutyunyan, an Armenian professor at the Groningen University of the Netherlands, who initiated the collaboration between Groningen University and Yerevan State University, so that with the support of the European Union Delegation to Armenia, International Chemistry Conference (ArmChemFront 2018) was organized; it took place in Yerevan, on October 22-25.

Syuzanna Harutyunyan also welcomed the guests of the event held at YSMU. As part of the conference, 22 prominent scientists, including two Nobel Prize winners and participants of the EU Horizon 2020 were invited to Armenia. More than one hundred scientists from all over the world participated in the conference.
The comprehensive program of the conference also includes lectures by invited scientists, where the latest developments in the field are presented. The main purpose of the Symposium is to provide Armenian scientists, especially the younger generation, with the opportunity to get acquainted with the best practices in the field, using different quality and innovative methods in their work.
The most important message of the conference is the need for development of chemistry in Armenia, in line with the needs and conditions of our country and the scientific achievements of the world.